This project focuses on the application of formal methods to model and manage QoS for Network Mobility. 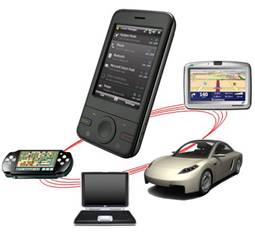 The field of network mobility is gaining ground in telecommunications because of the evolution of broadband technologies and the increasing applications that demand broadband access, e.g. connectivity in public transportation and IMS. Network Mobility is the field that considers sets of mobile devices moving together as one entity with one or more access points which are called mobile routers. These networks are standardized under the IETF-RFC3963 specification also known as NEMO Basic Support, while QoS challenges are described in IETF-RFC4980. NEMO BS is an extension to MIPv6 described under IETF-RFC3775. Mobile routers can possess multiple Radio Access Technologies (RATs) and have to perform real-time operations, e.g. handover, managing binding updates, merging/splitting mobile networks and managing QoS. The intelligent management of mobility, data streams of different QoS requirements and the available RATs makes the formalization of this problem a necessity due to its complexity. The importance of this study comes from the industry focus on network operator’s IP services, especially IMS. NEMO BS provides a solution for this system and at the same time requires investment in research to improve QoS.

This work consists of two main parts; building the formal model and simulating the NEMO protocol. These parts are to be run in parallel to achieve interdependability between each other. This means that simulation measurements will be used to support theoretic hypothesis made by the formalized description of the QoS problem. On the other hand, formal tools have to be implemented in order to be able to incorporate extensions which in turn will allow making predictions of the behavior of the modeled system in a similar way to simulations. This means that these tools will be designed to be able to generate quantitative as well as qualitative conclusions.

Π-Calculus is a modeling formality that focuses on communicating processes. It offers firm representation of connectivity and messaging using math-like expressions. Π-Calculus had initially a monadic syntax where single arguments are passed through channels. Later on, polyadic π-Calculus was introduced to allow pushing sets of arguments at once over the communication channels. Process replication was also introduced. In the higher order π-Calculus, process names can be exchanged through the channels too. Some research uses available syntax to express problems like QoS while others ground their own flavor of it by introducing modifications to the syntax like spi-Calculus which is specifically suitable for cryptology. One more example is Ambient-Calculus which concerns itself with defining computation domains or ambiences where communication between local processes happens within its boundary, ambiences can move and communication crossing the border is analogous to crossing firewalls. The extensibility, expressiveness, flexibility and firm formality of π-Calculus make it the most suitable tool for modeling communication protocols and prototypes of enhancements. This work aims to make further contributions to π-Calculus in order to achieve the following:

Our simulator tool SimPiCal can be found here.

For this purpose OPNET Modeler® is being used under university licensing. This simulator contains a huge library of standardized protocols and devices as well as commercial ones, e.g. MIPv6 and mobile routers. The hierarchical structure of components and their modular design shortens the time required to develop own devices and extend particular protocols. <more info>

This work was funded by the DFG Cluster of Excellence on Ultra-high Speed Information and Communication (UMIC), German Research Foundation grant DFG EXC 89.